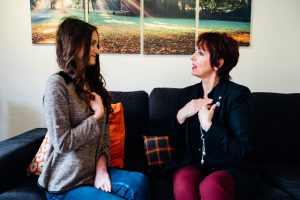 Fiona Vitel, a fully trained and certified clinical hypnotherapist, and NLP practitioner began her practice a decade ago in Dubai and Abu Dhabi. Her highly successful hypnotherapy business flourished more by word-of-mouth than advertising and her name and presence was known through various media interviews on radio and various editorials in newspapers and magazines throughout the region.

Fiona trained in the USA and London, and was mentored by some of the most well-respected teachers and hypnotherapists. A first generation Australian, born to British parents, she decided to return to England, after nine years in the United Arab Emirates, and has established her office in the central Cotswold town of Winchcombe, near Cheltenham in Gloucestershire.

Over 14 years of experience and with thousands of sessions under her belt, Fiona leads as an established professional.